It was such an honor to be the wedding videographers at Brix Restaurant in Napa for Stephanie and Edward. These two, along with Edward’s beautiful daughter and mother, flew all the way from Australia to get married back at Stephanie’s home of California. The ceremony and reception took place in the middle of the vineyard and Brix—it was truly one of the most goregous wedding locations we’ve ever seen. Everyone was so sweet and Stephanie and Edward were so relaxed and great to work with, we had a lovely time with these two and were so thrilled to shoot for them. Many thanks to our previous client, and Stephanie’s best friend Erin (watch her wedding film here), for referring us to Stephanie and Edward!

Stephanie and Edward, thank you so very much for having us. Filming and editing such gorgeous footage was truly a pleasure! We wish you both the best!

It was such a pleasure to be the Napa wedding videographers for Stefani and Michael at the gorgeous Villagio Inn, along side Leslie Callan of Green Vintage Photography. Their wedding felt so special because they had a wonderful core of friends and family who were all so fun loving and close. It elevated their celebration to have all that love and support from everyone there. Thank you again, Stefani and Michael, for having us! We hope you two enjoy a lifetime of love and happiness (and socks!) together! 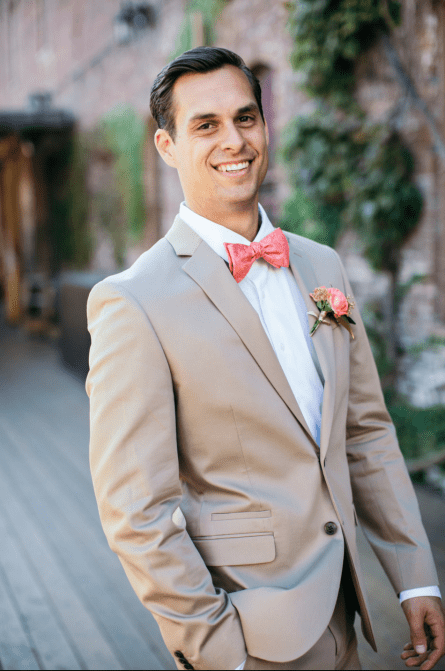 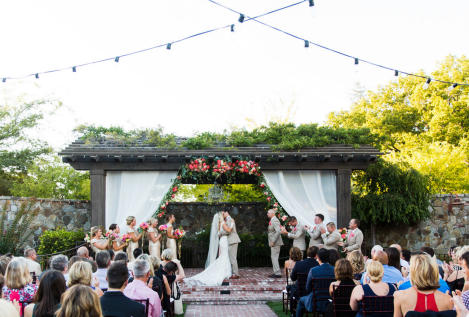 Filming the wedding video in Napa for Lisa and Grant was an honor. Lisa and Grant have stuck together over the years despite long distance and all the things life throws your way. It’s so sweet to see a couple who is so devoted, attentive and sweet to one another.

We wish Lisa and Grant all the best in the many years ahead together!

Creating the Napa wedding video for Bri and David was such a pleasure for us! Their wedding was charming, rustic and polished—but Bri and David themselves are an incredibly sweet couple. They seemed so lighthearted and were always making each other laugh, it was beautiful to see a couple who fit so perfectly together! By the time it came for us to leave, we honestly didn’t want to—the day was so enjoyable for everyone, and we wish these two all the best for many years to come!

It was a blustery day in Napa while filming Madeline and James’ wedding video, but gorgeous nonetheless! The Carneros Inn is a venue with amazing views of the wine country, which made the perfect backdrop to a day of celebrating the love and laughter between these two. I really enjoyed the chill vibes from both Madeline and James, they had such great style in every element of their wedding—it was truly a beautiful day and we were so honored to be a part of it.

Madeline and James, thank you so much for having us there to capture the love and beauty of your day. We wish you love and happiness in all the year to come!

Sorry, this film is for private viewing only!

Kari and I initially met at Temple Coffee for what was supposed to be a consultation about a wedding video, and instead we proceeded to talk for a good hour about Disneyland! I love Disneyland, I go every year and I’ve got a solid set of rare Pin Traders pins (nerd alert!) Clearly, I was stoked to talk Disney with someone who loves it as much as I do, it was so fun hanging out with Kari. Mouse ears aside, I was really thrilled that Kari selected me to document her wedding for her. Kari is the sweetest and happiest person, her smile is so contagious, it’s wonderful!

I didn’t get a chance to meet Tony until the wedding day but I was really impressed with what a respectful, caring and funny guy he is. It was easy to see why these two were together, they are so good at making each other laugh and so attentive to one another.

Something I really loved about their wedding was their vintage travel theme. They had lots of great decor for their ceremony and reception but one thing I especially loved was their ceremony programs designed like passports with red and white butchers twine for the binding. I just had to carry the theme on through to their keepsake box. I found the font they used and emulated some of the graphics from their program into the engravings on their wood and metal box.

Kari and Tony, it was a honor to capture your wedding for you, and we wish you all the best in the years to come!

A video posted by Northern CA Wedding Cinema (@musejuiceweddings) on Apr 5, 2015 at 1:44am PDT

Making their way from Brooklyn, New York, Matt and Megan traveled back to northern California, where they first met, for their gorgeous wedding at Viansa winery in Sonoma.

I first met Matt while he was finishing up getting ready for the day. Turns out we were shoe twins, wearing almost identical snazzy cognac oxfords! (I had an extra good feeling about the day.)

Matt and Megan had a very special officiant for their wedding, Megan’s father! It was touching to see Megan’s dad giving them their vows to recite and you could see in his eyes emotions of love and pride in announcing his daughter and his new son-in-law as husband and wife.

It was such an honor to film the day for Matt, Megan and their family and friends who traveled from New York and Michigan to celebrate their union in the beautiful wine country. Matt and Megan I wish you all the best and hope you had a wonderful time back in California!